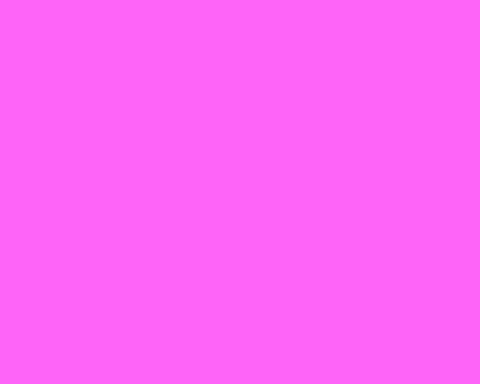 The Lauren Page Trust was started up by Lauren's parents along with 5 other Trustees in October 1999.

The Trustees wish is that the Charity functions as a relatively small charity for the sole reason that all of the events they put on, to raise money, are done so by volunteers with the charity not paying any wages.

Therefore, this enables every penny that the charity raises to go solely to the end causes.

Revd Alan Comfort
Rector of the United Benefice of Standon and the Mundens with Sacombe. Former Leyton Orient Footballer.

"I was delighted to be asked by the Lauren Page Trust to become a supporter of the Charity. The Trust work to raise money to support the work of Consultant Obstetric Physicians who deal with women who have serious health problems as well as supporting the work of Special Care Baby Units in the Greater London Area.

Being a mother of three very energetic boys I already understand the joys and excitement of pregnancy and motherhood. For some women however serious health problems during pregnancy result in a significantly different experience with continuous risks to both mother and baby also making pregnancy an incredibly anxious, frightening and challenging time. The Lauren Page Trust was set up to ensure something good came out of such a challenging pregnancy and I was truly touched by Lauren's Story. The work undertaken by the Lauren Page Trust is already considered invaluable to those who benefit from it and I know the charity still believe there is more that can be done to support 'high risk' women through to a successful outcome.

As a mother I can understand how fragile and valuable a healthy child can be and this is why I have agreed to become a Supporter and I hope that others will lend their support too." 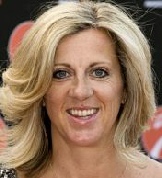 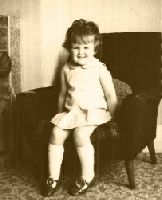 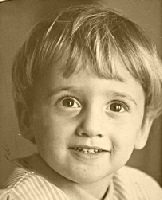 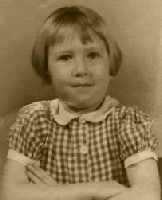 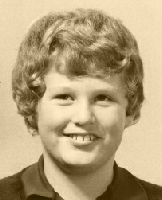 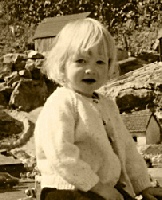 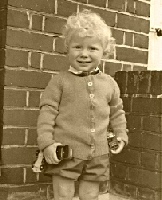 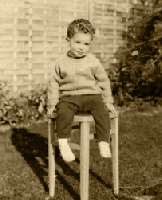 Our leader, founder, inspiration and headmistress when the rest of us don't behave ourselves, Claire is the driving force behind the charity.

Somehow she fits it in between raising her son Ben and running international conferences in places like Jordan and Rwanda. Is involved in every single thing the charity does - even when we tell her to rest! But it is thanks to her that Lauren's legacy is to have saved the lives of countless other babies.

Behind every great woman there's a Nick! Ridiculously cheerful, Nick is the one making the follow up phone calls, collects the money donated, picks up the raffle prizes and keeps everything ticking along.

An insurance broker and a keen golfer, Nick's usually the one at the bar wearing a pair of shorts!

Robin Williams lookalike Paul got to know Claire and Nick soon after the charity started and did so well getting prizes for the annual ball that he was asked to join the Trustees.

A director of a stationery firm with three children, Paul's claim to fame is he played rugby for Wasps and scored a try at Twickenham in the JPS Final. Fun, enthusiastic and with boundless energy - just don't get him into a conversation about how paper is made, you'll be hours.

Supports Arsenal but everyone has their faults.

Legal eagle Nicola, a partner in a law firm, discovered the charity after complications with the birth of her first child, which led to healthy baby boy Callum, and joined the Trustees with husband Chris.

She left to have her second child Harry and rejoined after a successful birth. Her own experiences made her determined to do more to help other mums in the same boat and spends hours researching projects that we can get involved in. By the way, she's not a giant, that's a model village.

Jean, or Dudes, met Nick and Claire when she worked at the church where Lauren was buried and joined the trust in 2005. She is our engine room.

She keeps the minutes, makes sure the books are in order, updates the database and generally tidies up all the loose ends that enable the charity to run smoothly. A church secretary, Jean basically knows everything that goes on and is the glue that holds the rest of us together.

Known as Blowie (you'll have to ask him to find out why!), golf fanatic Ian has known Nick since they were little - well, not quite so big anyway.

Blowie runs a firm which supplies equipment to provide clean water around the world but fits in enough time to help organise the golf day every year so he can try out another pair of silly trousers, as well as help out with other events.

Journalist Solly got to know Claire through mutual friends who invited him to one of the early balls and he was persuaded to join the trustees.

A father of three and Spurs supporter who runs a media agency, Mark tries to get press and PR coverage for the LPT. With smouldering good looks and a brain the size of Norfolk, Mark also writes much of the website including these profiles.

Donations can be made by filling in a
Gift Aid form. When completed please
post to the address provided. 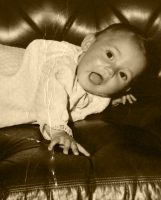 Mum-of-three Simone is the one with a bulging contacts book which she puts to good effect when it comes to rallying the troops to support LPT events like the ball, Ladies' Lunch and Golf Day, getting prizes donated by local firms and spreading the word.

That's when she's not skiing or globetrotting with husband Paul. She has also found time to organise fundraising events for her childrens' schools at various time. A diabetic, she got to know Nick and Claire after they shared the same medical expert, our patron Dr Catherine Nelson-Piercy.